Update: Part 2 of the games guide is now available!

After years of waiting, the Apple TV game console is here. Tons of games, full MFi controller support, an attractive price tag – what's not to like?

There's one big problem right now: game discovery. Short of searching the App Store directly on the Apple TV, there is no good way to see which games are available. Hopefully this series of reviews can help address this problem.

Have any thoughts, questions, or recommendations? Be sure to check out the newly-revamped AfterPad forums to contribute!

Oceanhorn is as good as it gets. A love letter to the Legend of Zelda games, it perfectly captures the gameplay and aesthetic of Nintendo's classic action-RPGs, without ever feeling like a copy.

The Apple TV version looks stellar. It runs at full 1080P at 60fps – Nintendo has yet to make a Zelda game capable of that – and takes full advantage of the Apple TV's A8 processor with antialiasing, Metal support, and new shader effects. 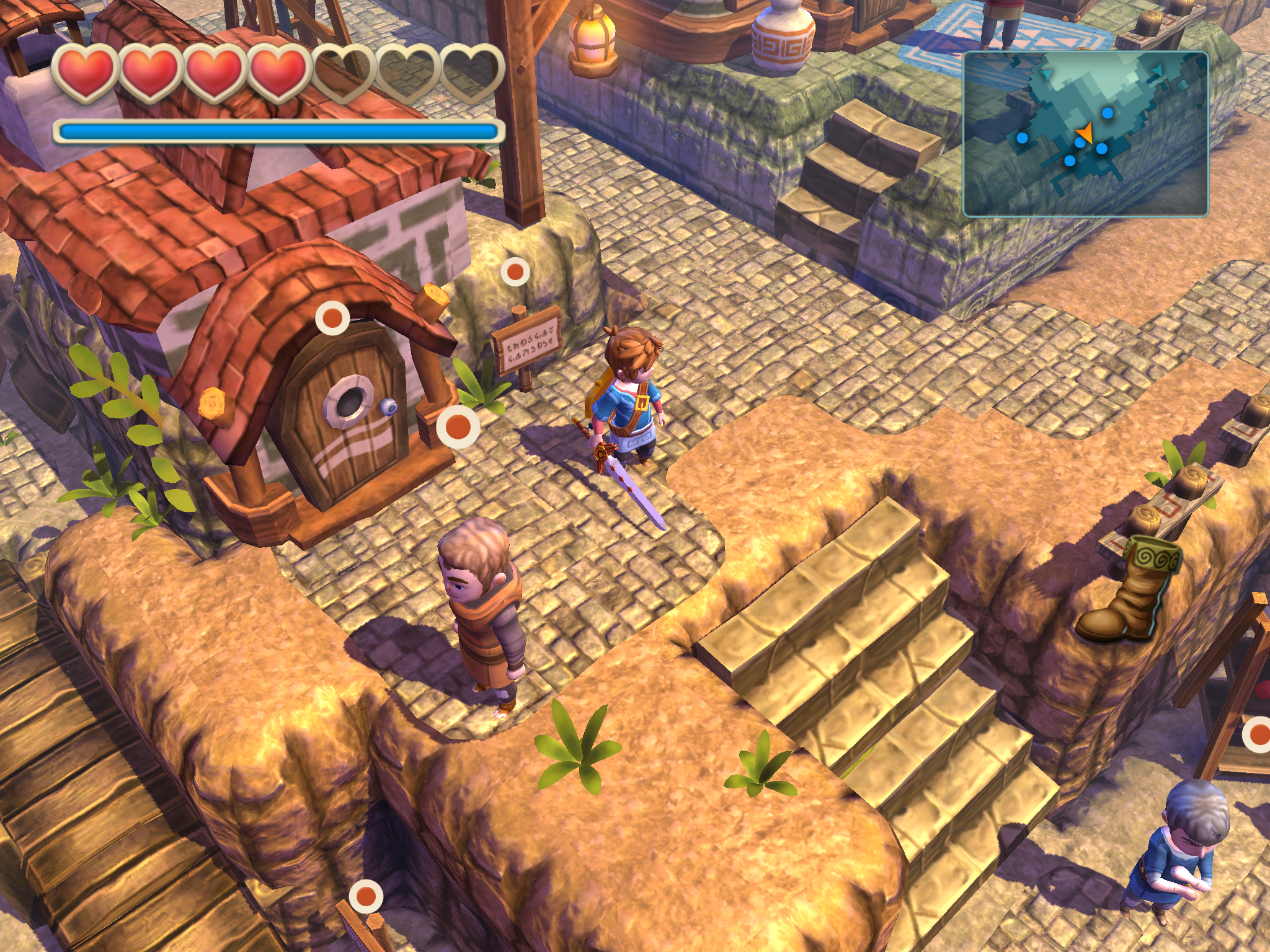 Controllers are fully supported, of course – Oceanhorn for iOS supports them wonderfully as well. The only thing missing from the iOS version is iCloud saving. It might come later, but for now, you'll have to restart your progress on the Apple TV. Personally, I can't wait to play through Oceanhorn again, so no loss!

The iPad version of Badland is a previous recipient of Apple's coveted game-of-the-year award. It was well deserving of the prize at the time, and the enhancements made to it since then put it even further over the top. 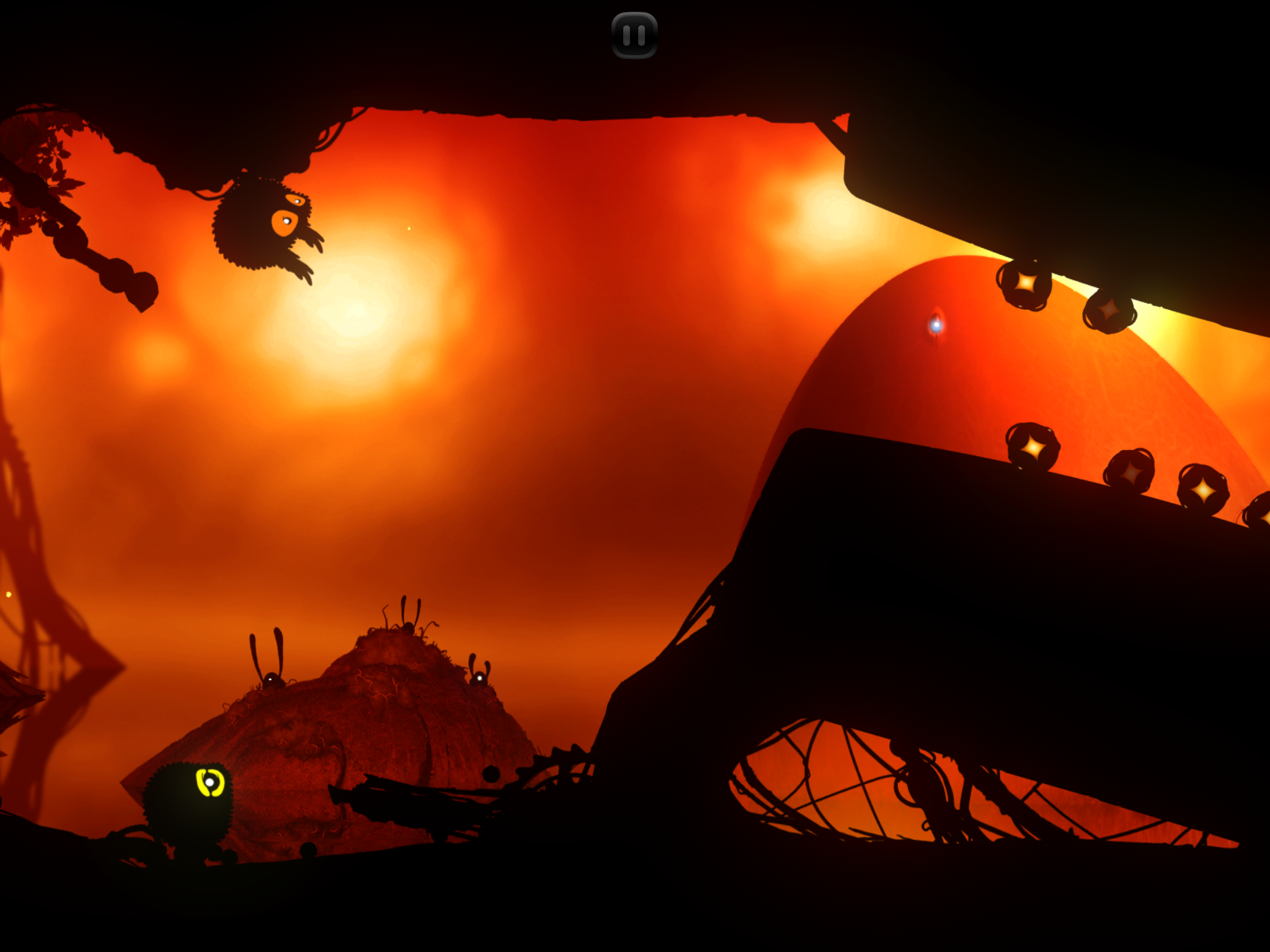 Badland features multiplayer support, a level editor, runs in 1080p at 60fps, and fully supports MFi controllers and the Siri remote. The deceptively simple tap-to-flap gameplay, sort of like Flappy Bird but with infinitely more depth and polish, lends itself well to both control methods.

Badland is fully universal. You probably already own it, but if you don't, buying the iOS version will give you access to the Apple TV version. If you don't trust me on this one, trust Apple – those game of the year awards don't come easy!

Sigh… Here we go. The same game Gameloft has been progressively ruining with every update for the past several years, now on the big screen.

Some people like this game, don't get me wrong. The graphics look good in screenshots (though it runs at far less than 60fps), and Apple likes to show it off.

The problem is, Asphalt 8 is just a mess of bad game design, bad interface, bad freemium components… bad everything. You have to go through 10 pop ups before you can start playing, it's constantly forgetting your save state and forcing you to merge with the cloud version, then sit through all the tutorial pop ups yet again. It tries to make you log into scammy things, buy stat boosters, complete daily challenges. 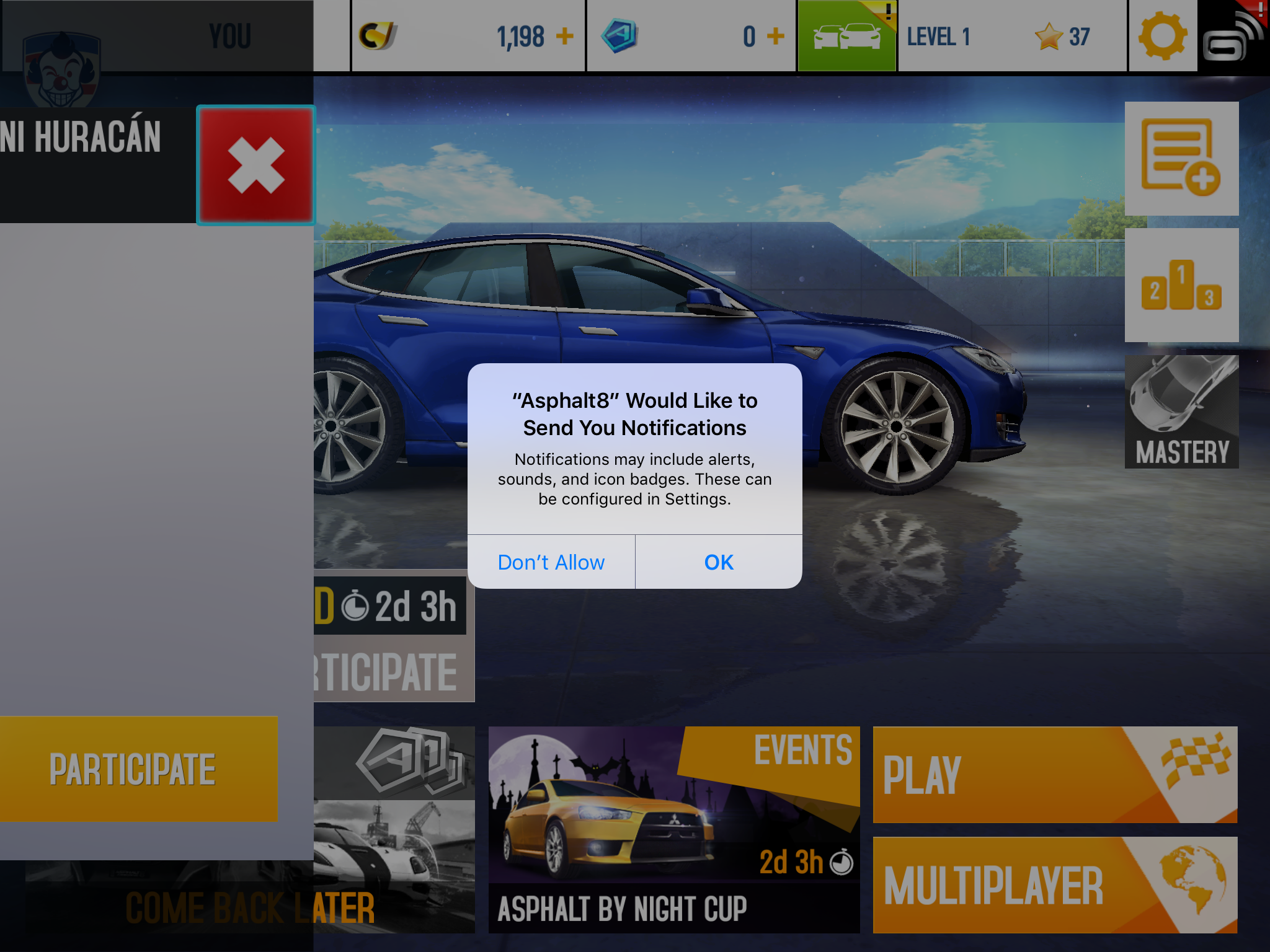 It's free, and it's universal. If you already bought it for iOS, your paid purchase means nothing – you still sit through the same freemium garbage as everyone else. For everyone else, it's free to try. If you're a racing game fanatic, give it a download. If not, don't waste your time.

The Edge games have been iOS staples seemingly forever. I remember running Edge on my original 2G iPhone. It was one of my first test games to see how much better the 3GS ran everything. As soon as MFi controllers were announced, Edge was right there to support them.

These are classic isometric puzzlers – you control a cube, navigate dangerous mazes, make your way to the goal in hundreds of levels. The Edge games played great swiping on the iPhone, they played great with an MFi controller, and they play great with the Siri remote. 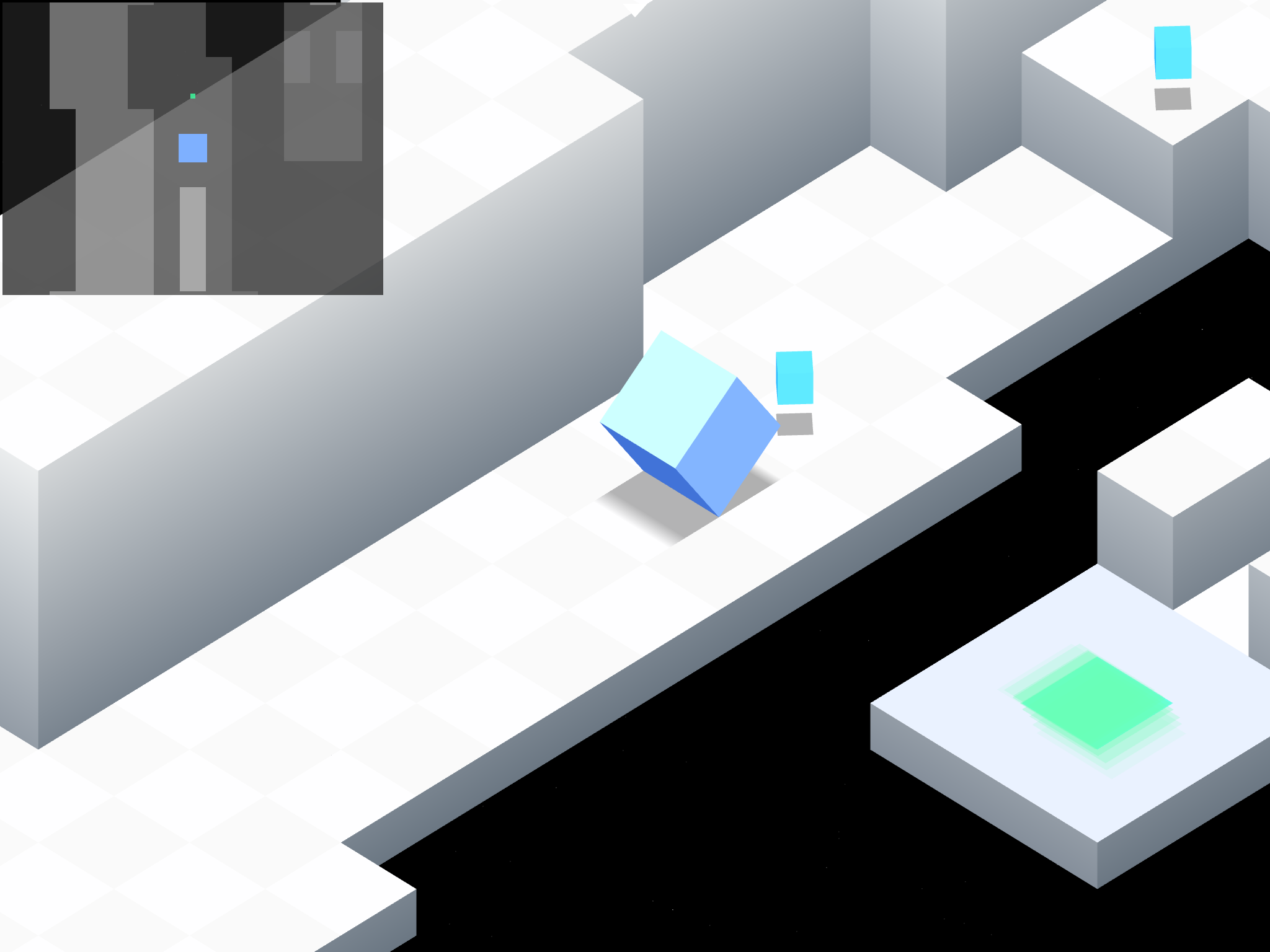 Aztec Antics is a simple premise with an addictingly fun execution. Multiple players each control a Mario-esque figure, and have to race around an arena stomping on each other and collecting coins. 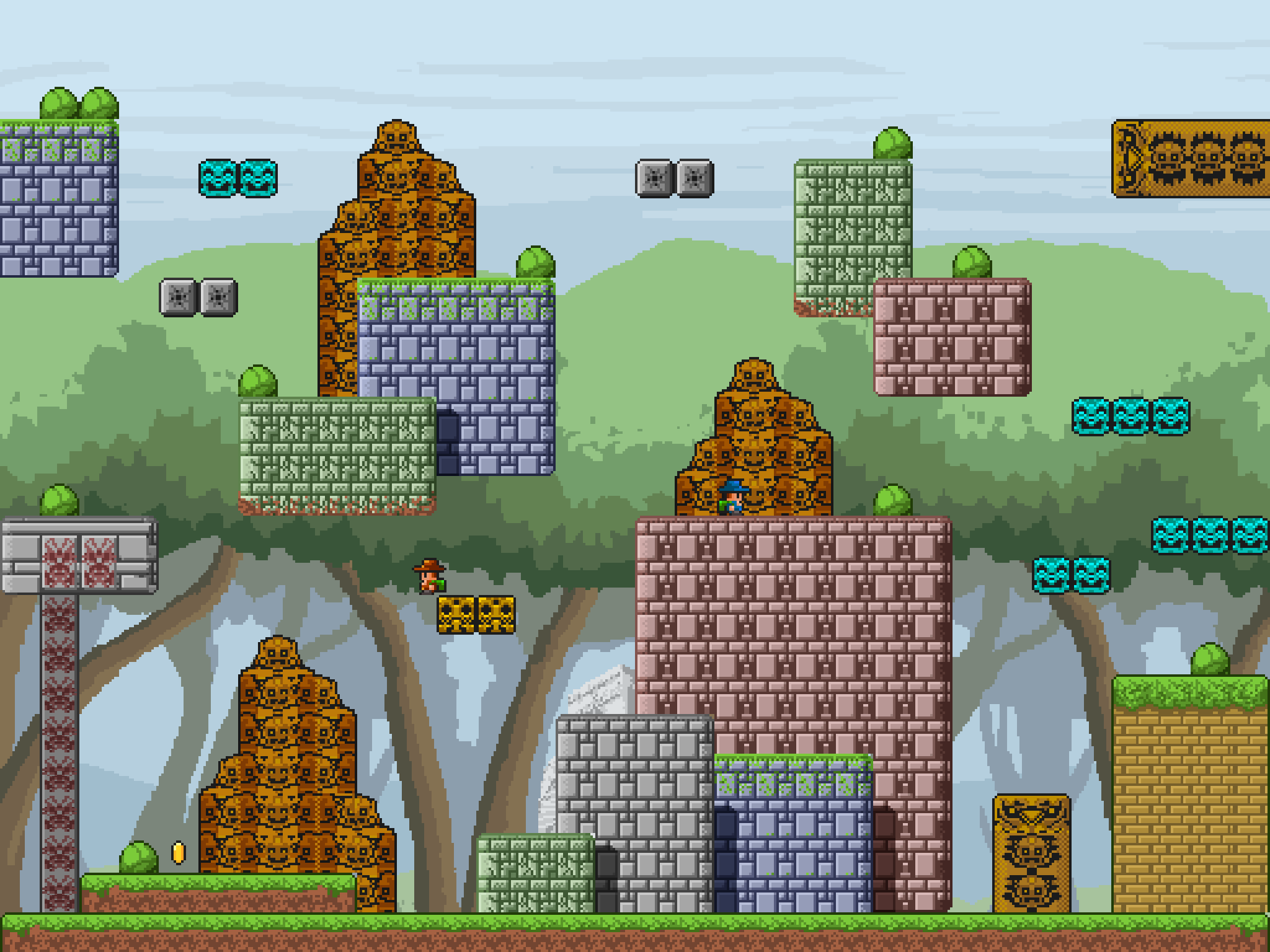 We don't have Super Smash Bros on Apple TV yet. We probably never will, short of someone sneaking an emulator on to the App Store. But Aztec Antics captures a good deal of the frantic fun of Nintendo's classic series. If you're looking for a multiplayer action game in that vein, download Aztec Antics immediately. It's fully universal, so buying it on iOS gives you access on the Apple TV as well.

Crossy Road is that rare example of a game that becomes a fad for entirely justifiable reasons. It's that good. It takes the basic Frogger idea, wraps it in one of the fairest freemium packages ever, and polishes it to perfection.

The Apple TV version keeps all the best aspects of the iPhone version, and ads one killer new feature: multiplayer. Yes, you aren't crossing alone anymore. Now, at last, you and a friend can try to outlast each other at the same time. It plays however you want it to play – if you want to work cooperatively, go for it! If you want to try to stomp on each other, that works as well! 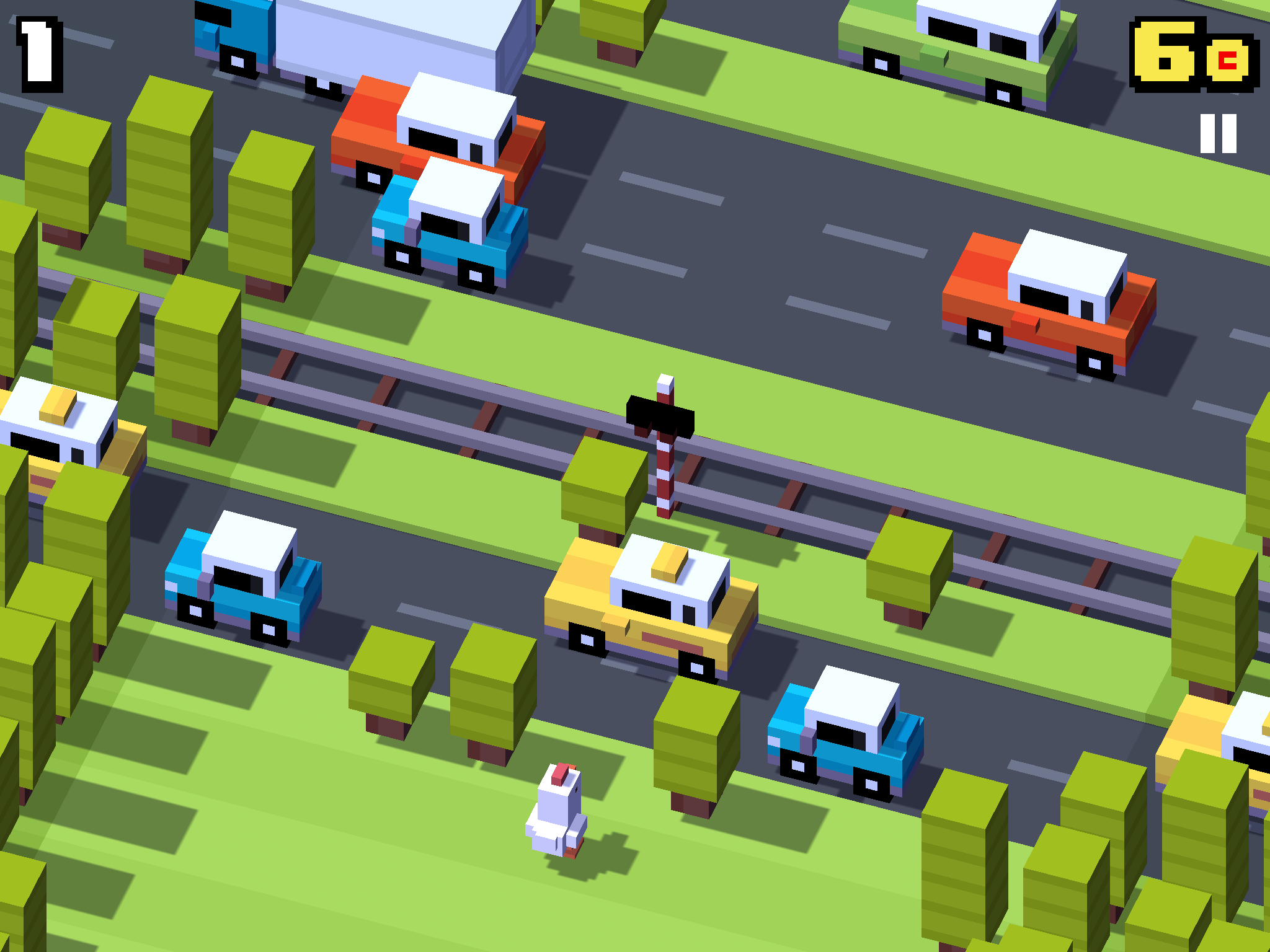 The one catch: multiplayer support isn’t implemented nearly as well as it could be. Rather than allowing you to hook up a few controllers and play directly on the Apple TV, Crossy Road requires other players to pair their iPhones with the Apple TV, then control the game using the touch screen. It works well enough, but it feels unnecessary, when pairing controllers would work better.

If you aren't one of the tens of millions who already own this game, just download it already. It really is as good as everyone says it is. It's free. It's excellent.

Pangea's 3D action/adventure/platformers Otto Mattic and Bugdom 2 are old favorites for Mac gamers. Apple bundled one or both of these games on many Macs sold through the early 2000's, and they were stand-out examples of what the hardware was capable at the time.

When the App Store first launched, Pangea was right on time with their old Mac classics. And they've continued updating their games to support all the latest iOS developments. Retina graphics, universal iPad compatibility, Game Center, AirPlay (in true high-resolution widescreen!), MFi controller support, iCloud saving – whatever big new thing Apple is trying to promote on their platform, you can count on Pangea's games to support it. 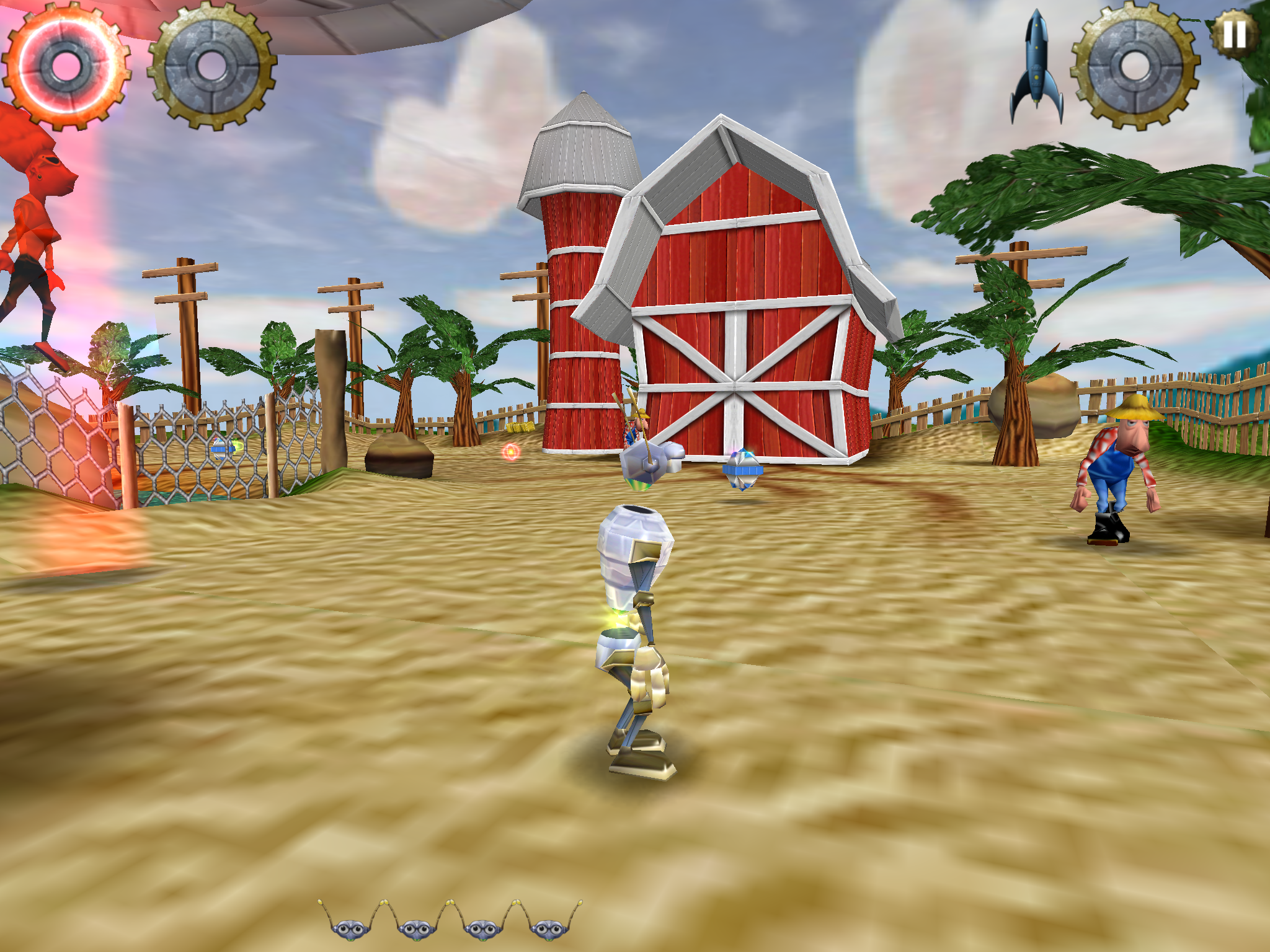 These Apple TV versions are no different. They first-class citizens on the Apple TV, with 1080p at 60fps gameplay, full Siri remote and MFi controller support, and cross-device sync with iPhone and iPad. They also have one more trick that is unique for the platform: 3D support. Yes, if you're one of the many who purchased a 3D tv during the big 3D push a few years ago, Pangea has you covered here. I didn't even know the Apple TV supported 3D – gotta hand it to Pangea to get the most out of any Apple platform!

Give Bugdom 2 and Otto Matic a download today. They're solid games, and first-class examples of exactly how games for Apple platforms should be done.

I can't decide if Octodad is genius or madness. It's part of a new wave of games that pride themselves on how difficult they are to perform basic tasks in. Goat Simulator, I Am Bread, Surgeon Simulator, and so on.

Octodad takes this to the next level. You're an octopus, disguised as a human, navigating a human world and trying to maintain your cover. 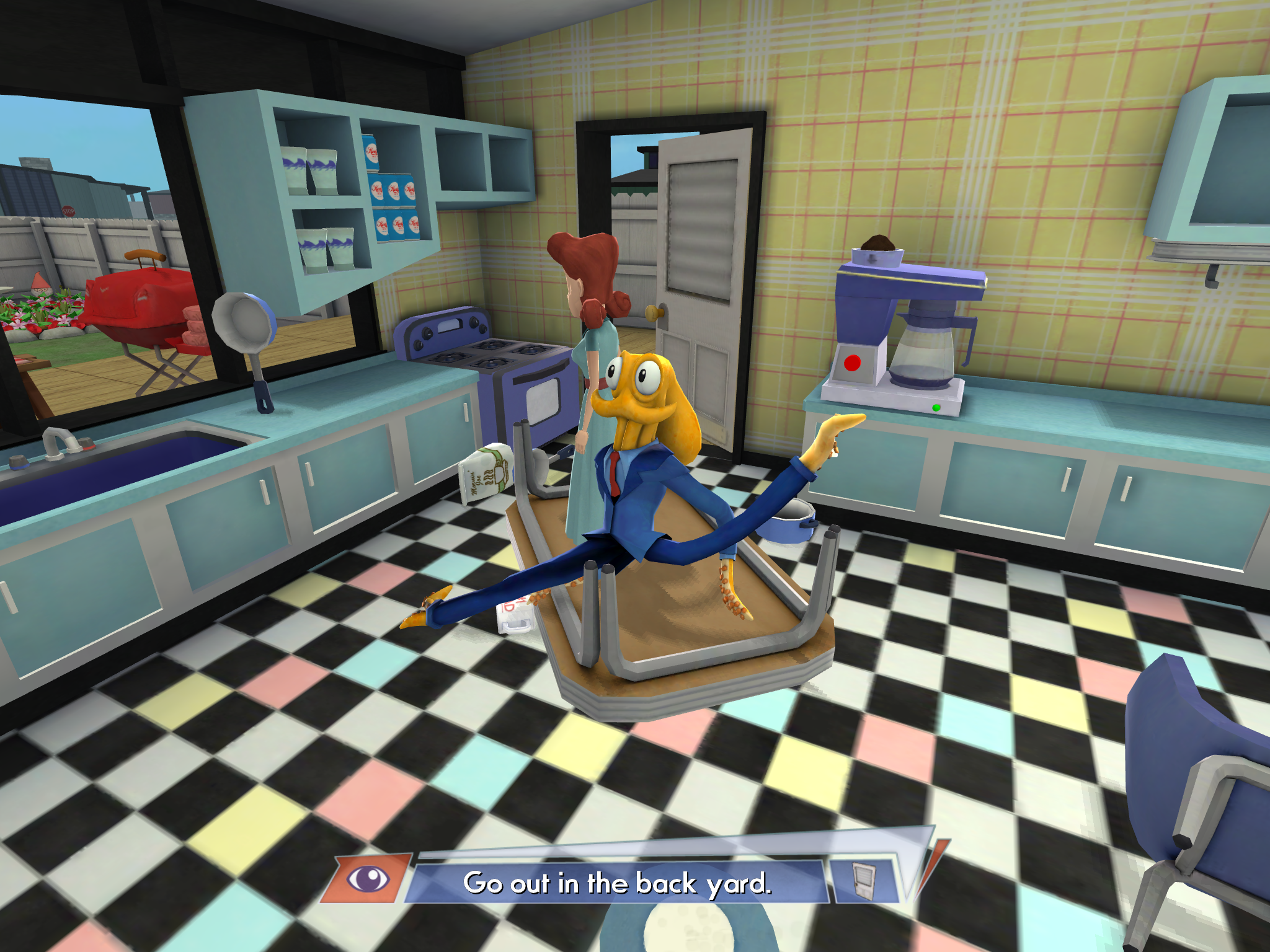 Most of the time, this involves wildly flailing your appendages around with the controller, trying (and repeatedly failing) to pick up simple objects, and destroying much of the environment in the process. All of this done in pursuit of being a loving husband and father to your human family. Who don't realize that you're an octopus.

Octodad was a PlayStation 4 launch title for some reason. It feels far more at home on iOS than it did on Sony's next-gen system. It's a fully universal app – buy it for iPhone today, and you get the Apple TV version for free.