The Next Generation Gamevice is Now Available

Over the past year, Gamevice has been quietly working on revising their line of iPhone and iPad controllers. Today, they announced the fruits of their labor: the Gamevice line has been replaced with new, second-generation products.

The most significant upgrade is for the iPhone Gamevice – a product that had serious design problems in its original form. I’ve been using the new iPhone Gamevice for the past week, and while I haven’t had enough time yet to write a full review, I can already say that most of my problems with the previous model have been addressed:

In the case of the iPad Gamevice products, the improvements seem to be limited to removing the internal battery, replacing Micro USB charging with a female Lightning port, and possibly improving the headphone jack and analog stick sensitivity – I’ll have to wait until I get my hands on one before I can say one way or another about those. The iPad Gamevice line was already quite good, and didn’t need the level of work that went into revising the iPhone product. 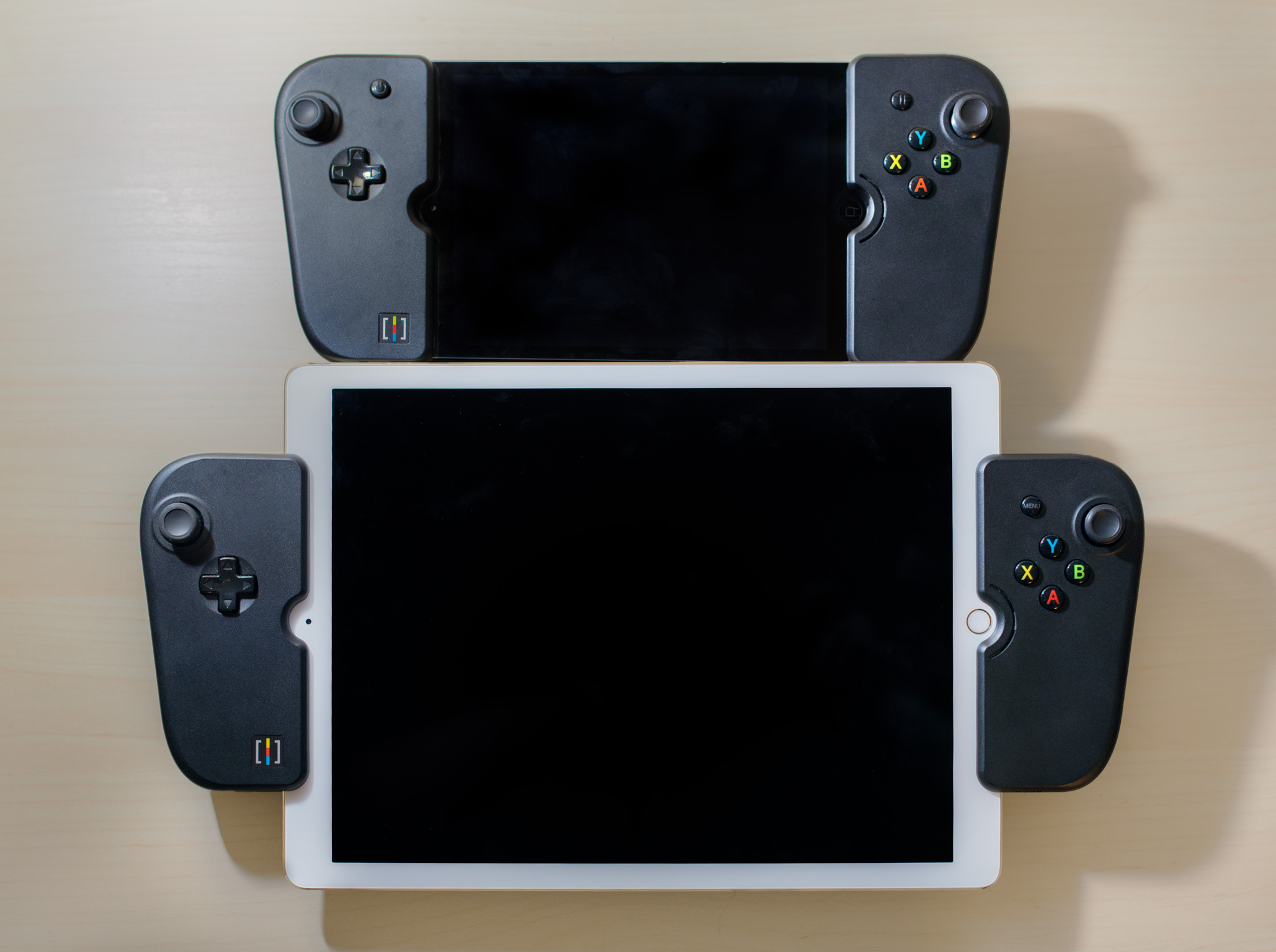 Also, as far as I can tell, the current 12.9-inch iPad Gamevice already counts as a Version 2 product. Many of the things I mentioned in my review – that it charges via Lightning, lacks an internal battery, and has the revised box art of the new product line – seem to be rolling out to the rest of the product line with this new update. I’m not sure what they’d change with this model. And since it’s only been on the market for a few months, it would be odd to see it replaced already. If it turns out that it has been replaced by a new model, I’ll update this article with specifics about how the new model is different.

If you are looking for one of the new Gamevice models, you can tell the difference by checking the box art. The Version 2 products have a revised box design featuring an angled picture of the product, whereas the older version shows the product directly from the front, without an angle.

The new Gamevice products are rolling out to Apple Stores now. The people behind the Gamevice say that the 9.7-inch iPad and 12.9-inch iPad models are available in-store now, and the iPhone 7 and iPad Mini models are scheduled to be released on the 31st. However, in my experience, the new iPhone model seems to already be available in the Apple Store. My advice: head to your local store to check for yourself.